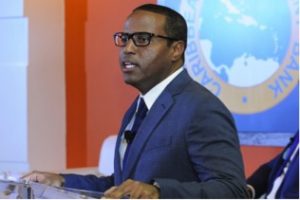 The Board of Directors of the Caribbean Development Bank (CDB) said on July 26 that it has approved a US$9.3 million loan to the Government of Anguilla to implement a reform programme that aims to restore fiscal sustainability and enhance resilience against natural disasters.

Anguilla is highly vulnerable to natural disasters and since 1995 the island has been affected by eight named hurricanes. Following the passage of Hurricane Irma in 2017, it suffered damage and losses that were estimated at approximately 97 per cent of GDP. The country is also heavily reliant on tourism, and the effects from Hurricane Irma have led to the closure of hotels and restaurants, causing significant unemployment and income losses.

The loan from CDB is the first of a series of three proposed policy-based loans which will support Anguilla’s three-year reform programme to restore fiscal stability and build resilience, in order to promote and sustain economic recovery and growth. This first loan supports initial reforms under the government’s Medium-Term Economic and Fiscal Plan.

“This policy-based loan, which is the first of three, will fill the government’s fiscal gap and provide immediate liquidity needed to help shore-up the island’s finances, mitigate shocks to expenditure such as the fiscal implications of Hurricane Irma and assist with building longer term fiscal resilience,” said Dr. Justin Ram, CDB’s Director of Economics.

Under the area of restoring fiscal stability, the funds provided will be used to help Anguilla strengthen its macro-economic planning framework post-Hurricane Irma; enhance revenue collection; and improve expenditure and debt management.

To build resilience, the intervention will support reforms by strengthening policy, governance, and institutional arrangements for environmental management towards increased climate change resilience, as well as enhancing institutional capacity for social protection.

Prior to the approval of this loan, in the aftermath of Hurricane Irma, the Government of Anguilla received financial support from CDB, including an Emergency Relief Grant of US$200,000 and a loan of US$5 million to assist in the restoration of electricity. Earlier in 2018, CDB provided loan financing of US$5.6 million to help the Government meet its debt obligations, and focus on its recovery priorities, without having to divert resources to meet financing needs.