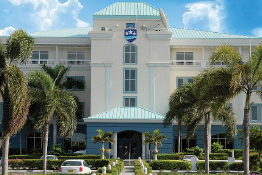 Republic Financial Holdings Limited (RFHL) announced recently that it is in discussions with Cayman National, the parent of Cayman National Bank Ltd, for potential acquisition of a majority stake—at least 51 per cent and up to 74.99 per cent in the bank.

According to a notice sent to the T&T Stock Exchange by Corporate Secretary and Group General Counsel Kimberly Erriah-Ali, this potential acquisition opportunity is still in the embryonic stage. A due diligence exercise is ongoing and the offer is subject to board approval being granted.

The terms of the possible offer includes a price of between US$6 to $6.75 per Cayman National share. Once there is board approval, RFHL will inform shareholders about a definitive agreement with Cayman National for the purchase of the shareholding. However, this will also be subject to, among other things, the requisite regulatory approvals being obtained.

In the interim, shareholders have been advised to take no action in relation to this potential acquisition until there is a further announcement confirming execution of a definitive agreement.
Established in 1974, Cayman National Corporation Limited is the largest financial services company based in the Cayman Islands. It provides banking, trust and company management, fund administration, and wealth management services to clients around the world, from the Cayman Islands, and the Isle of Man, with an office also in Dubai.