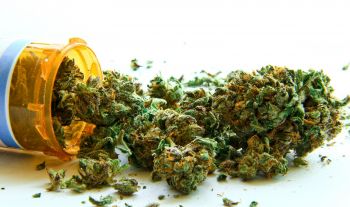 This marks a landmark win for the outgoing senator, who over the years has championed the legalization of medicinal marijuana as well as its recreational use.

Mrs Rivera-O’Reilly’s stance on marijuana, which has been consistent from the beginning of hearings, did not change. She said the real intent of the bill was to legalize marijuana altogether.

She also contended that the bill violates the Organic Act, which forbids the U.S. Virgin Islands from creating law that contravenes the U.S. Constitution.

Responding to proponents who said the ship had already sailed—referring to marijuana legalization—the senator said it was not a ship she would board because it was headed “straight to hell.”

Mrs Rivera-O’Reilly cited Colorado statistics gathered after the drug was legalized in the state in 2012, which showed an increase in the arrest of Latino and Black men.

For Mr Nelson, the victory on Friday was a hard-fought one, “We are at a dawning of a new day,” he said during a November 27, 2018, hearing, positioning himself to be the chief proponent and defender of the implementation of the drug’s medical use in the USVI.

“All of the major financial journals, media networks, economists, medical journals and societies, 33 states, Washington DC, 3 territories and 56.7 per cent of Virgin Islanders all agree with my position,” he said

The executive board of the International Monetary Fund (IMF) has concluded the 2018 Article IV consultation with Dominica. On September 18, 2017, category 5…