Antigua offers a wealth of activities and attractions for visitors interested in exploring beyond the island’s beautiful beaches. Some of the most scenic areas of this destination can be found in Antigua’s National Parks and heritage sites. Some of the restored areas include:

Betty’s Hope is located in the St. Peters area with beautiful views overlooking the landscape. The plantation was founded by Governor Keynell in the 17th Century. It was handed over to the Codrington Family in 1674 after the British reoccupation of Antigua following the French invasion eight years prior. Betty’s Hope flourished in the years of the sugar revolution and was home to several people including European managers who supervised the activity on the Estate as well as hundreds of Africans who lived out their lives on the estate initially as slaves, then as labourers after emancipation in 1834. 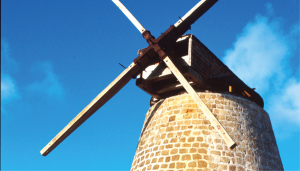 The Nelson’s Dockyard Museum is laid out within the Naval Clerk’s House in the Centre of Nelson’s Dockyard, highlighting its history and serving as a centre for
archaeological environmental and historical research in Antigua. There is a gift shop in the museum stocked with interesting items relevant to Dockyard and Antigua’s history and there is a research library which holds books on the navy and old accounts of Antigua. There is also an archaeological library available to researchers. 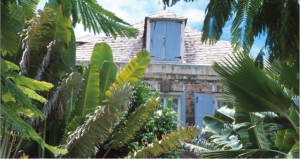 Nelson’s Dockyard is the only continuously working Georgian Dockyard in the world. It is still used today as a working Dockyard for various yachts and ships throughout the year. The buildings on the site have been fully restored and are used to house amenities such as shops, hotels and marina businesses. The site which is the largest of Antigua’s national parks has hiking trails which allow visitors to view the park’s beautiful scenery.

Museum of Antigua and Barbuda 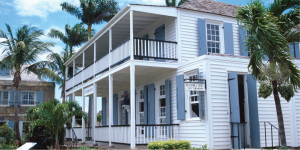 Originally opened in 1985 in the old St John’s Court house, the Museum of Antigua and Barbuda holds exhibits which tell Antigua’s story from its geological origins to its political independence. The Museum which is operated by the Historical and Archaeological Society is dedicated to “preserving and expressing the island’s heritage” and welcomes the input of all those interested in doing so. It is also dedicated to education and research of the nation’s heritage.

Devil’s Bridge, located at the North Eastern point of the island known as Indian Town Point. Here is an example of sea water erosion where a bridge was created when the limestone ledges of the Antigua formation were eroded away by the water from the tides over several centuries. According to Antiguan legend, Devil’s
Bridge was a known location for slave suicides.

Spending a day in the sister isle of Barbuda is just as magical as spending a day in Antigua. From Barbuda’s Pink Sand Beaches to the Frigate Bird Sanctuary, Barbuda is for visitors in need of the ultimate escape. With a population of around 2000 people Barbuda is the perfect place to relax, think and let go.

Start-Up Phase The CARICOM Development Fund, ‘the CDF’, became a reality with the signing of ‘the ‘Agreement Relating to the Operation of the CARICOM…