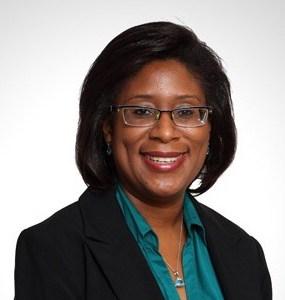 The Caribbean Association of National Telecommunications Organizations (CANTO) hosted a four-day annual conference in Guyana with that South American country positioning itself as information technology and communication (ICT) hub in the Caribbean.

CANTO’s 35th annual general meeting, which ran from January 27-30, was held under the theme, “Transitioning to a Digital Region: The Opportunities and the Challenges”.

Guyana’s Public Telecommunications Minister, Catherine Hughes, while acknowledging the role played by the Trinidad-based organization in facilitating the process of bringing together regional telecommunications operators, said many of the industries across the region that have been relied upon for many years, no longer have the scope required to support national and economic requirement.

She told the opening ceremony of the conference that, as a result, Caribbean countries must diversify into other sectors that will provide opportunities for real economic transformation, and a strong digital agenda will allow for that transformation.

She said Guyana is undertaking various initiatives aimed at transforming the country’s landscape with the use of ICT with emphasis on the young people and in this regard established the Ministry of Public Telecommunications in 2015.

“We continue to work assiduously to ensure that the potential of these bright minds is realized. Critical to the success, to this endeavour, however, is the creation of an enabling environment to foster their growth and evolution.

“There is a need to move ideas, not only in Guyana, but the entire region, from beyond mere concepts and from thought to completion and that must include more finance to facilitate more start-ups,” Hughes said.

She told the more than 180 delegates attending the event that this is the role the David Granger-led Government has assumed as part of its mandate to develop an enabling environment for the increased use of ICT across all sectors within Guyana.

Hughes said the government has commissioned 173 community ICT hubs providing free internet access across most of the country, especially in the hinterland and rural areas.

She said while all of the government ministries and over 300 educational institutions have been connected as part of the country’s national digital transformation strategy, plans are also in place to add the hospitals and police stations.

Hughes said that, by 2020, more than 200 government services will also be available online. A draft National ICT plan has been developed and the National Broadband project is on stream with the government focusing on developing new legislation to support the growth of ICT.

She said all of these initiatives are intended to position Guyana as an ICT hub in the Caribbean.

Outgoing CANTO Chairman, Julian Wilkins, in his address, provided an overview of some of the achievements over the past three years: “CANTO is very keen on all stakeholders within the ICT environment, our mission has evolved over the years by promoting inclusiveness that is embracing all ICT members. We advocated on key issues of the day more often than we did in the past and we strive to create an environment that encourages investments and innovation.”

The four-day meeting discussed a wide range of issues, including the mobile broadband coverage gap, rural coverage and how to improve it and extend coverage beyond the market frontier.

Approximately 100 Education professionals of the 10 OECS Member States participated in the OECS Teacher Education and Professional Development Conference under the theme, “One…