Dominicans on the western coast near Roseau and environs were awakened early morning, Thursday August 27,th to the sound of torrential rain and quite unaware that their countrymen from the south eastern village of Petite Savanne and western villages of Coulibistrie and Colihaut had been going through hell on earth since about 2:00 a.m. as water courses and rivers turned into raging tsunamis leaving a trail of death and destruction behind. As one victim vividly recounts the ordeal “rivers grew legs like octopus tentacles”. In the south eastern coastal village of Petite Savanne, neighbours stood on ridges in the dark of night looking on helplessly, as their friends and relatives on opposite ridges could be seen scurrying out of their homes, screaming only to be trapped between surrounding “gigantic legs” of the river, now a raging monster of muddy water. By dawn, others gazed at the sight of bare exposed cliff face where houses once stood and which were now buried, below, with entire families trapped inside.

By day break Wednesday, Dominicans on the coast line emerged dazed and stunned even while others were completely oblivious of what had been happening in other parts of their community, their village and the country in what turned out to be a night of terror for many. When Erika was finished drenching the island she had dumped more that twelve inches (12”) of rain over a six hour period on an island where 3 inches was the standard for a rainy day. The storm caused major landslides, mudslides, rock falls, and extensive flooding over the island, impacting all facets of the islands economic and social activities from roads, to bridges, airports, schools, personal property and private business operations.

The impact of the storm - possibly the worst natural disaster in the country’s history- is still being assessed and will remain elusive for some time when one considers the human costs in the form of a high death toll (more than eleven confirmed and two dozen others presumed), as well as the physical and psychological trauma experienced by the victims numbering in the hundreds. In its preliminary assessment, the Government of Dominica describes the impact of the storm on the various sectors of the country’s economy, in agriculture, tourism and infrastructure. Initial estimates stand at almost 700 million representing about fifty per cent (50%) of the country’s GDP. This figure, no doubt, does not account for opportunity costs in the form of loss of private sector services from commercial operations which were subject to damage and disruption and the dampened state of consumer activities across the board, in the weeks following the official preliminary assessment. 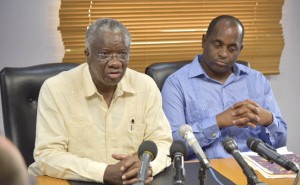 In the tourism sector damage to tourism establishments stands in the region of forty (40) million as facilities across the south east and south western coasts lost equipment, boats, and experienced other impacts such as land slippage and flooding. One of the island’s leading boutique establishments, Jungle Bay (located at the eastern base of a mountain on approach to the ill-fated Petite Savanne Village) was completely destroyed by landslides which rained down on the property at the same time that the western side of the mountain was entombing the sleeping residents of that village. About forty employees from the area lost their jobs. The employment impact there compounded by the fact that many of the former employees of the resort also lost loved ones that night in the Petite Savanne night of terror.

The entire economy of the village of Petite Savanne is now history as this area has been declared a Special Disaster risk area with its residents being re-located. With a population of about five hundred it was a thriving fishing community, with a vibrant mix of agriculture and agro-processing activity in a diversified economy dominated by cultivation of the Bay Tree and distillation of Bay Oil for export. Also, it was known for production of rum popularly used locally for flavored and medicinal rums sold in local shops and to the diaspora market. 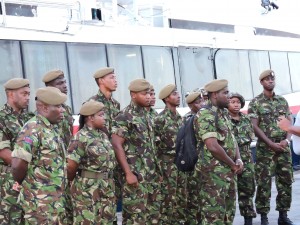 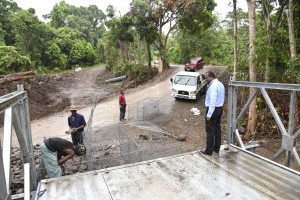 Some commercial enterprises along the western coast were washed away completely by raging waters and debris, along with utility infrastructure, telephone, water and cable lines shutting down communications and other services. These are now being restored. Macoucherie Estate near St. Joseph, renowned for its cane rum and one of the last traditional sugar cane estates, was made into a wasteland by the cresting torrents from the Macoucherie River which obliterated the cane fields, estate vehicles in its path.

Other businesses on the coast, including automobile dealers and sales locations, fuel storage facilities of Petro Caribe were severely affected. Vehicles, trailers, fences were washed away by raging waters into the sea or buried under water, mud and debris from the Belfast, Check Hall and Canefield Rivers. By far the worst hit in the south west area is Dominica Coconut Products Ltd at Belfast, home to Colgate Palmolive’s product lines and the leading employer of persons from the neighbouring communities of Mahaut, Massacre and Canefield. The river breeched the defence walls and tore down fences, and completely invaded the compound with surges exceeding six feet in the various buildings and offices.

In the capital, Roseau market and surrounding businesses are slowly returning to normal after experiencing flood damage.

An assessment of the economic impact on the business sector would have to take into account the sudden halt of the week end drives to the out communities to do the “country lime” an important stimulant to the rural economies which was impossible because of landslides, damaged roads and bridges. Although most of the road network is restored, these are still compromised and country pursuits remain dampened weeks after the event in many areas beyond the capital.

Overall, the country’s private sector is experiencing the post Erika trauma in the form of loss of business from reasons ranging from missed days of work, road diversions and reduced vehicle traffic because of damaged roads and city infra-structure, loss of jobs (and reduced hours) in some establishments and a much more bearish consumer as Dominicans emerge from this event, still dazed, and picking up the pieces.

T&T can continue to boast of being the most cost effective investment destination in the Caribbean and Central American region. This is according to…