Antigua & Barbuda lies 17 degrees north of the equator, approximately 1,425 miles south-east of Miami and 4,076 miles south-west of the United Kingdom. These fine islands, with a combined area of 170 sq. miles, form part of the Leeward Islands in the North Eastern Caribbean. They are strategically located in the centre of the Caribbean islands, with neighbouring islands Montserrat to the southwest, St. Kitts and Nevis to the northwest, St. Maarten to the north and Guadeloupe to the south. 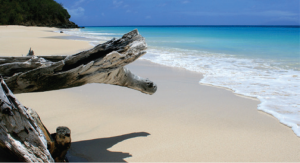 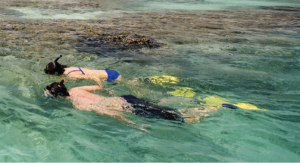 Washed almost exclusively by the Caribbean Sea, Antigua’s 108 sq. miles are encircled by 95 miles of indented coastline while Barbuda’s 62 sq. miles are surrounded by reefs, with a large lagoon on the northwest side. The islands are best known for their 365 fine white and pink sandy beaches.

Antigua & Barbuda has a near perfect climate. The weather is mildly tropical with low humidity year-round. Temperatures generally range from the mid-70s in the winter to the mid-eighties in the summer. Annual rainfall averages only 45 inches; making it the sunniest of the Eastern Caribbean Islands and the northeast trade winds are nearly constant, flagging only in September.

HOW TO GET HERE

Tourism dominates the national economy and is the most important source of foreign exchange and foreign direct investment in Antigua & Barbuda. It underpins the country’s economic growth accounting for more than two thirds of GDP, 40 percent of investment and more than half of the island’s employment opportunities. 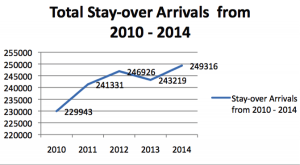 As part of the disaster response activities of the CARICOM Secretariat, the Energy Programme has provided four hundred Emergency LED Solar Lanterns to the…